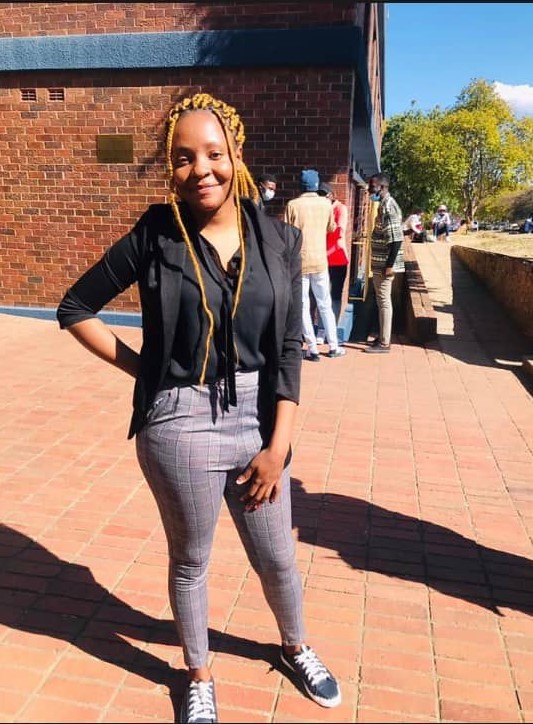 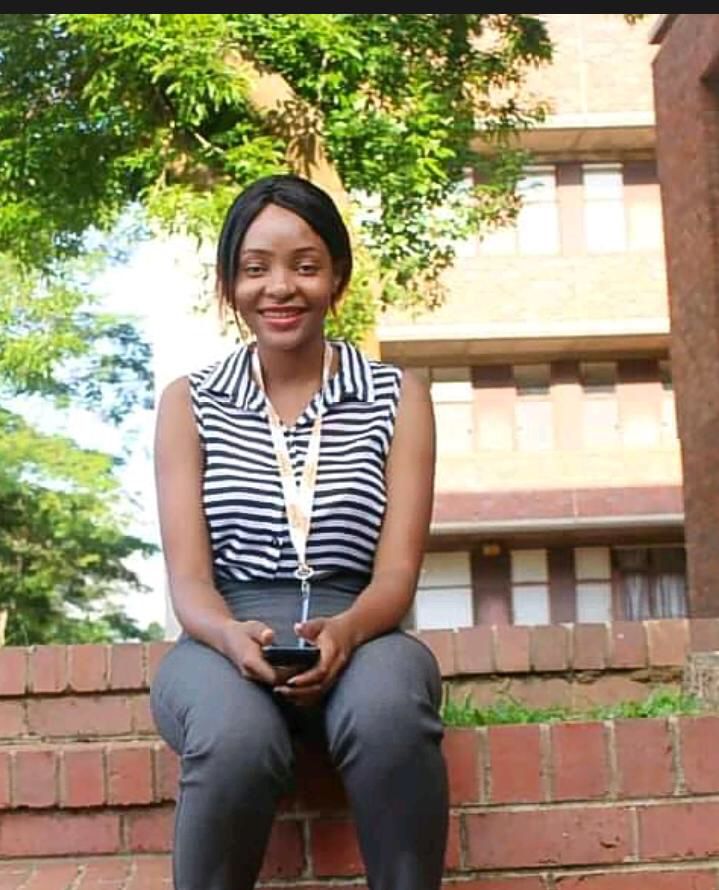 Hie guys. My name is Yeukai Karen Sinamai and lm  a student at the University of Zimbabwe. This blog is focusing on how bodily autonomy and integrity rights are infringed.Bodily autonomy is the right for a person to govern what happens to their body without external influence or coercion. Bodily integrity is the right of each human being, including children, to autonomy and self-determination over their body. These two aspects are fundamental in relation to SRHR. Although many social groups, clubs and people have tried to advocate for these rights to be protected, it is saddening to note that these rights are still being infringed. The work below seeks to explain the ways in which these rights have been continually violated in Zimbabwe particularly in tertiary institutions.

Rights to autonomy and integrity are infringed in different forms.

PEOPLE HAVE MISDIRECTED THEMSELVES IN THE TRUE MEANING OF CULTURE. People have a tendency of saying that people should dress in a certain way in order to be relevant. In Harare, especially in town people are constantly harassed simply because of the way that they dress. There is a lot of body shaming particularly to girls. I remember this other time when I went to town and l was wearing my short dress because it was hot and I felt comfortable wearing it. As l walked l had a certain guy saying that “and you blame us when we rape” l ignored and thought he was probably drunk or something, but to my surprise almost all of those guys by the sidewalks assaulted me simply because l was wearing a mini skirt. I never felt comfortable and could not do everything that l had intended to do in town and had to rush back home. silencing the voices that say our bodies are only relevant when they exist within a specific framework or to serve others is very wrong. Culture has been used , particularly by men to bully girls into dressing in a way thus infringing the right to bodily autonomy and integrity.

Bodily integrity, or freedom from physical non-consented acts, is directly violated by different forms of violence bearing direct relation with efforts to hammer persons into moulds of sex or gender and the connected stereotypes. “Where there are gender-discriminatory social norms, women’s and girls’ bodies can be subject to choices made not by them, but by others, from intimate partners to legislatures. When control rests elsewhere, autonomy remains perpetually out of reach”.  1 in 5 countries have laws on the books preventing women and young people from accessing contraceptives without the permission of their husbands or parents. This is direct infringement to bodily autonomy as most women will not have the power to do what they want with their bodies. Apostolic churches normally referred to as “Masowe” is particularly known for prohibiting women to take contraceptives and this infringes their right to plan their families and end up having many babies which they might not want.

We see violations of bodily autonomy when a lack of choice leads to unplanned pregnancy. We see it in life-derailing practices such as child marriage and female genital mutilation. It is there when people are denied their right to live free from violence and harm, including online, as is their body right. Some violations go unchallenged. They are reinforced by deeply rooted social and gender norms. Indeed, some of the most persistent barriers to bodily autonomy involve harmful stereotypes and misconceptions about the rights of women and girls.

Overcoming them will require a deep shift in mindsets and attitudes. It will require comprehensive sexuality education. And it will require laws that enable, rather than constrain, human rights.

The rights ob bodily autonomy and integrity have been infringed by people who body shame other people. In Zimbabwe people assault each other. Women have been victims of such as they are constantly told what is wrong with their body, height and complexion. Dark people have been insulted because of their skin colour and this has resulted in many people using lightening creams in order to remove the black pigmentation of their colour which is beautiful and they end up getting several infections and diseases. People are now constantly drinking many herbs inorder to be slim or have hips simply because they have been told that their bodies are not good enough. Thus it is clear that bodily rights are still being infringed.

Bodily autonomy has been infringed by “marry-your-rapist” laws, where a man can escape criminal prosecution if he marries the woman or girl he has raped. I remember some time back when l was boarding a bus, l came across a young woman had a baby who was crying continuously. I sat besides her and l reluctantly asked where the mother was. She looked at me and l immediately regretted uttering those words and l just apologized. She said its ok and kept quiet. After a while, she opened up and told me bluntly that ir was her child and she was just 16. I got to know that she had been raped by their neighbor and when she informed her parents they said she should get married as she had been divirgined and was she had to get married. Her right to bodily autonomy was infringed because of the crimina act of this neighbor but got away with it because people are still backward and believe that girls should be married as virgins. It was clear that this young girl was not happy in this so called marriage and she simply did not know how to take care of this child. Not only had her right to be bodily autonomy had been infringed, but other rights as well as the right to choose whom you would want to marry, the right to go to school just to mention but a few. In as much as the Constitution is clear that no marriage should be done for persons under the age of 18, it is clear that such events still take place.

The denial of bodily autonomy is a violation of women and girls’ fundamental human rights that reinforces inequalities and perpetuates violence arising from gender discrimination. In Zimbabwe, Gender Based Violence remains a huge problem affecting women and girls’ ability to make choices in their lives. The 2015 ZDHS confirms that violence against women and girls is rife in Zimbabwe affecting 1 in 3 women regardless of geographic location, wealth or education. In Zimbabwe, intimate partner violence is rife – many women are subjected to abuse and violence at the hands of intimate partners. In Zimbabwe, 90% of perpetrators are the husbands or intimate partners. In addition, many young girls are married off at young ages to older men in the name of religion and others are married off to appease spirits (ngozi) for crimes they did not commit.  This is unconstitutional as it violates S26 of the Constitution which states that children are not to be pledged in marriage and that no marriage is entered into without the free and full consent of the intending spouses. This hinders the women and girls rights to bodily integrity as they won’t have the freedom to do what they want with their bodies.

Some of the common ways in which these right are was violated include forced sterilisation and contraceptive use, rape, forced and child marriage, female genital mutilation, ‘honour’ killings, marital rape, and denial of Comprehensive Sexuality Education. Inn Zimbabwe, parents have still not adapted to understand that children have to be taught tall the aspects of their sexuality. It is still regarded as a taboo discussion to be engaged by the parents and children. This has resulted in children doing most of the unthinkable stuff because thy do not know their bodil autonomy right.

While the principle of bodily  integrity  has traditionally been raised in connection with practices such as torture, inhumane treatment and forced disappearance, bodily integrity has the potential to apply to wide range of human rights violations, which also affect children’s civil rights.

Practices which violate a child’s bodily integrity include all forms of physical violence, ranging from corporal punishment to forced medical treatment, sometimes against a child’s express wishes. Non-therapeutic and unconsented surgeries are also violations of bodily integrity, and include practices such as ‘corrective’ genital surgery performed on intersex children, gender reassignment surgery, female genital mutilation, routine circumcision of male infants and boys, and the sterilisation of people with learning disabilities. The case of Tapiwa Makore is such an example where a child was killed inhumanely is such an example of when bodily integrity is infringed. The resukt was devastating as it led to a child losing his life and therefore the right to bodily integrity was infringed.Children are especially vulnerable to such practices, as these are usually performed on people at a very young age when they are unable to speak up for and defend themselves, or give – or refuse – consent.

In conclusion, it is clear that there are many ways in which the rights to bodily autonomy and integrity are infringed. A lot of work has to be done in order to minimize such.

THE PREVALENCE OF STIs AND HIV CASES IN COLLEGES & UNIVERSITIES